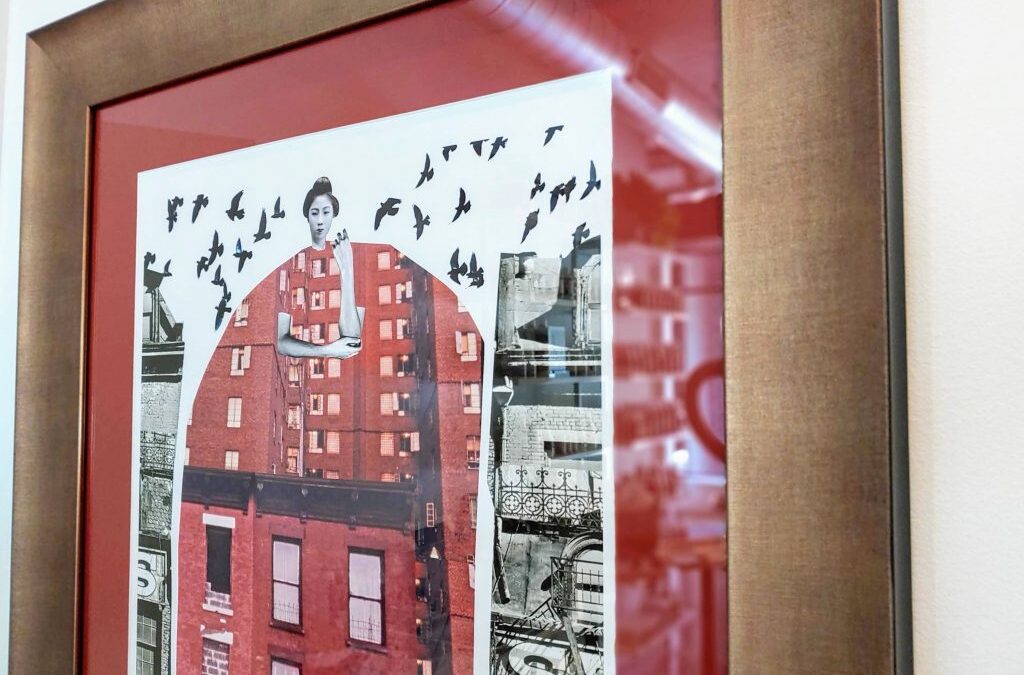 Susan Sterba first worked with Prints Unlimited a couple of years ago to frame her movie poster of Prince’s Under the Cherry Moon. “When I knew that I was opening the salon and I needed framing, Prints Unlimited was the only place I thought to go to because of my prior experience.” 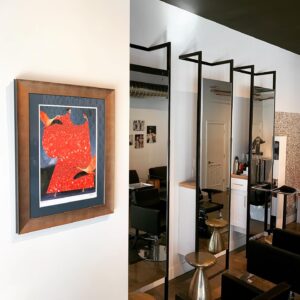 “What you are hearing and seeing, this is how I’m going to set myself apart. This is how I want to make this a cutting-edge salon. I want people to see this artwork.” Her salon, Vandross, opened this past month. Everything from the salon’s name to the wall art to the curated music playlists embodies Susan’s personal inspirations. “I wanted the last name, but I didn’t want to call it Sterba. I wanted a glamorous last name. I am a huge Luther Vandross fan. I originally almost went with Luthor, but then I thought ‘Vandross.’ Once I stumbled on it I knew that I wanted to go with that.”

Born and raised in Fort Wayne, Indiana, Susan has traveled across half the country and back to realize her eventual dream of opening her own salon. During her first year in college, it occurred to her that it wasn’t her plan to finish school and instead took inspiration from her friend and stylist to make the move to cosmetology school. She became a stylist in her hometown, then moved to a salon in Lincoln Park, and finally worked in Brooklyn where she moved with her husband. When the couple learned that they were having twin girls, they moved back to Chicago. It was here that her goal to open a salon came to fruition in four short years.

As she geared up for her salon’s opening, Susan came to our expert Bunny for assistance with framing artwork to decorate Vandross. Susan follows a New York artist who works with acrylic, so she knew she wanted to use that material in the space. Bunny directed her to Prints Unlimited’s Acrylic Facemounts and they sourced photos from websites Paper and The Cut. The acrylic face-mounted photos include a portrait of the new Creative Director of Gucci, Prince and the Revolution, Gina Montana from Scarface, the Wilder sisters (of Little House on the Prairie) wearing the designs of Batsheva Hay, an iconic New York image of two boys, and a 70s photo of Grace Jones. “They were really specific on how large a photo could be enlarged and printed. They helped me figure out which photos could be printed at what size.”

Susan has had her heart set on making Vandross a place that represented and served a variety of women and hair types. A fan of NYC-based artist Johanna Goodman’s work since first learning of it through the artist’s collaboration with West Elm, Susan connected with images from Goodman’s Imaginary Beings collection. She fell in love with the artist’s progressive work and mixed media style and felt the portraits of a diverse array of women were perfect for the salon. When framing the eclectically colored works, Susan wanted to go bold.

“I didn’t want to do just a plain mat. I was so thankful. I remembered thinking that the mat was perfect.” Bunny provided a selection of interesting samples that she and Susan narrowed down, resulting in a bold look that complimented the art while standing out among the salon’s modern design scheme. Susan even plans on getting two more prints and having them framed similarly. “Bunny and Jill are so talented and it’s so reasonable. The care and catering we received were worth it. It’s a knock it out of the park, great experience. They will always be our go-to framers.”